A few weeks ago, Brian showed me a video made recently at my alma mater, Canton High School. I watched it in pure delight (and you can too by clicking here). Created by some incredibly talented students (including director, Daniel Sheehy) and one of Canton’s most dedicated teachers, Ed McDonough, this video has stirred up lots of great energy in my town, and rightfully so. It screams, or rather, it sings, of teamwork and school spirit, and I know I’m not the only CHS graduate who watched it (and watched it again) overflowing with bulldog pride.

Now that I think about it, it’s amazing how much of my life has been connected to Canton High School. Not only did I love my four years there as a student, but after I graduated from college, I returned to CHS to teach social studies, and I did so for five wonderful years. Anyone who has read this blog before certainly knows how much I loved my very first job. But while I was loving life as a teacher, Brian was not as lucky. After college, he took a consulting job. He was great at it, but when I went to visit him for lunch on a Jewish holiday that I had off from school, I knew that something wasn’t right. As we sat at a picnic table outside of his huge office complex in Waltham, I saw that he wasn’t where he was meant to be. We laughed about it, but it was kind of sad. Brian’s not a complainer so he hadn’t said much, but it was clear that he was lost there. His heart just wasn’t in the business world.

In 2003, the junior varsity boys hockey coach position opened up at CHS and I threw the idea out to Brian that he should apply. He said there was no way he could make it work with his job in Waltham. I disagreed, and Brian kept an open mind. Eventually, we crafted a plan that he took to his boss. He would leave Waltham for hockey practice in Canton then after practice he would drive back to Waltham to stay late and make up for the time he was away. Shockingly, his boss agreed, and Brian accepted his first coaching job. I think he spent more money on gas that year than he made coaching but it didn’t matter. When I went to his JV games, I saw what was missing outside that Waltham office park. I saw a fire in his eyes. And it was meant to be.

Since then, Canton High School hockey has been a huge part of our lives. We have met so many wonderful people through the sport, from players to parents to fans to the recreation department guys who groom the rink. Now, hockey season is also Teddy’s favorite time of year. He loves nothing more than lining up outside of the locker room and pounding his fist with the kids’ gloves as they take the ice after each period. I’m sure Annabel will line up beside him this season and pump her little fist against their smelly gloves. I can't wait.

A few weeks ago, I took Teddy into visit Brian in his classroom at another high school dear to our hearts, Westwood High School. One of Brian’s colleagues, Linda, came down to visit. Since I was diagnosed, Linda had become a legend in my mind. She battled back from Stage 3B breast cancer and dealt with a grueling treatment regimen, far worse than mine. She has been to hell and back, and even though I had never met her, she inspired me every day since I learned about her back in August.

That day at Westwood High, Linda and I stood in the quiet hallway and talked about family and boobs and chemo and all of the fun things that come with it. It felt so good to talk to someone who knew how uncomfortable my mouth felt and how scary it was to stare down this enemy. Linda said many things to me that day that I recall often, including this. As we were talking about all of the good that comes out of this dreaded disease, Linda said, We’re so lucky – we basically get to live through our own funeral. People tell you what you mean to them; they tell you how much they care. I spent way too much time in the first few weeks after my diagnosis thinking about my own funeral, and it wasn’t a good thing. But I was thinking about all the wrong parts. Because Linda was right – it is unbelievable to see all of the people that care.

Still, funerals are sad. So here’s how I’d describe the indescribable silver lining that comes with this disease. I’d describe it by the Lip Dub video.

It all hit me today as I sat on a yoga mat doing yoga for the second time in my life (I think I tried it once before many years ago, but I can’t even remember when and where – I just remember that it was way too hard, I hated that I felt so inflexible, and I quit really early). But this was a whole different experience. Forget quitting early. I wished it would never end, and I’ve vowed to learn more.

As I sat there on my mat (admittedly disobeying the instruction to close my eyes), I looked around. It was as if I was walking through a Lip Dub video of my life. Special people from almost every stage of my 32 years were there, focusing on their breathing and their yoga pose. I won’t even try to name all of you, but I hope you know who you are. Friends with whom I went to elementary school, parents of students I tutored, former students I taught at CHS, my colleagues from Ropes, class of ’98 and other high school friends, former basketball and swimming and softball teammates, former coaches, relatives of Brian’s hockey players, friends from First Parish (my church), Bowdoin buddies and their fabulous spouses, Westwood High School friends, Brianne and her family, and of course, my family (and regrettably, I'm sure I'm still missing people). Michelle, who couldn’t have done a better job leading the yoga class today, is the older sister of one of my very first and longest-lasting friends in Canton, Kara, and I remember Michelle babysitting me and my siblings when we were in elementary school. These people shaped my life, and I fought back the tears of utter appreciation as I sat there surrounded by all of them. Then I did yoga, and it was awesome. Just over six weeks ago, I had my breasts removed and replaced. And there I was, able to stretch and lunge and squat. My goodness, it felt good, even if I still need to build up my upper body strength and flexibility to attempt the downward dog.

I’m guessing that many students who stood in the hallways of that Lip Dub video don’t yet fully understand the goodness and the strength and the energy of this town. In some ways, I hope they never know, because oftentimes it takes a tragedy or a serious illness to see it, and I certainly don’t wish that upon anyone. But I do hope that they take comfort in knowing that if they ever need it, those people who line the hallways next to them will come to their rescue. Just like they came to mine.

Last night, I talked about silver linings. Here’s one more. Kara and Brianne joined the incredible team from the We Beat Cancer organization to put together today’s event for me and my family. And part of that group was another CHS classmate of mine, Kate. Kate and I knew each other in high school but we weren’t really close. We were involved in different sports and our paths never crossed enough. I have only seen Kate a few times since we graduated from high school. It would make sense for Kate to do what she did for a close friend. But not necessarily for me. Nonetheless, she took a leading role in planning this event for my benefit. I can only hope that I would have done the same if the roles were reversed, but I worry that I wouldn’t have been so good. I will be forever grateful to Kate, Kara, Michelle, We Beat Cancer, Brianne, and everyone else who organized my very own Lip Dub video today. Who filled the gym with people from all stages of my life and made my heart sing and dance.

If you’re a student at CHS today, I don’t mean to lecture you with this last paragraph. I know I’m not a teacher anymore. But I just want to tell you something that I’ve recently learned. That Lip Dub video isn’t just a video that gave you a reason to miss a class or two. And Canton High School isn’t just a place you’ll spend four years. It’s so much more than that. Because standing next to you in that video or in another hallway a few choruses away are people like Kate and Kara, who you may not see for years, but who would nonetheless help lift you up if you ever fell down. Because that person a few bleachers over at the rally is someone who would care, and even weep, if something ever happened to you. This town is a special place full of best friends, old friends, new friends, and future friends. And in the end, there’s nothing better than gathering in a gym with those people and just being. All. Together.

Photos finally added below. Yet again, words could never express my thanks. 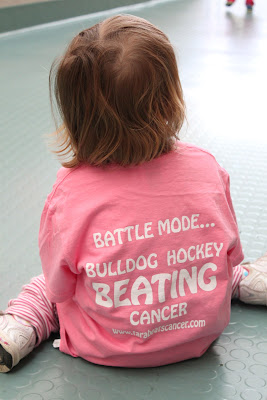 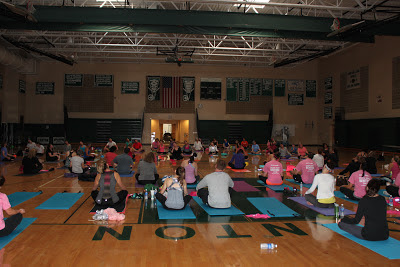 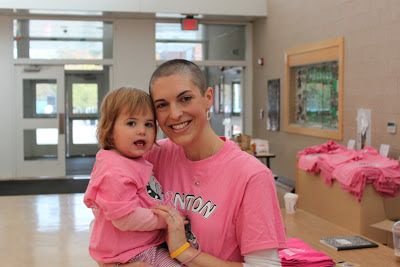 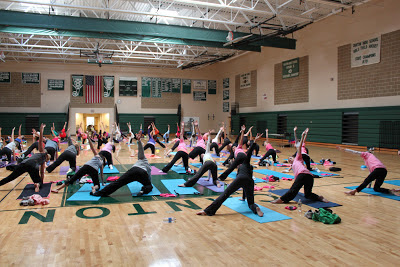 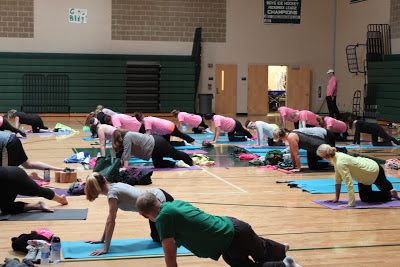 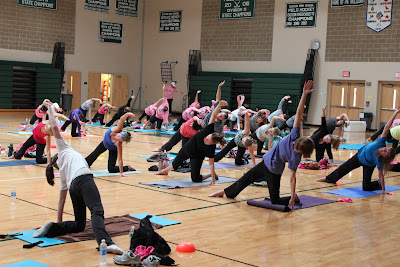 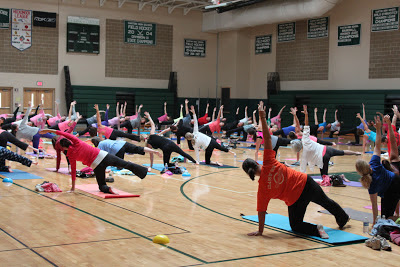 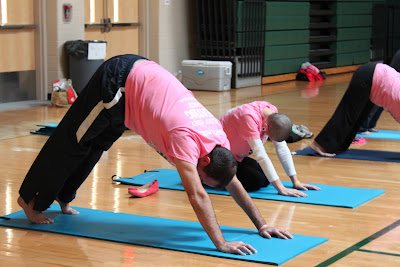 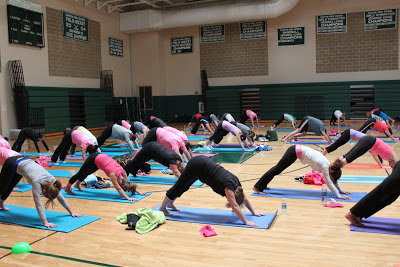 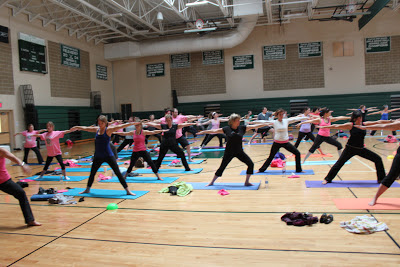 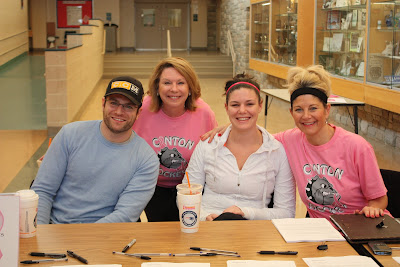 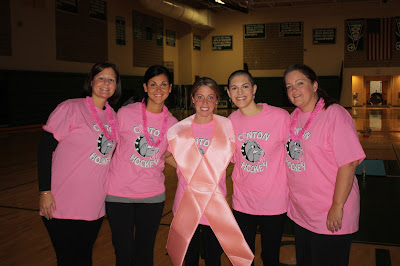 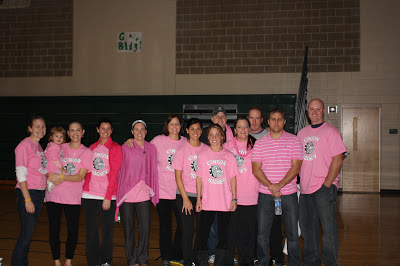 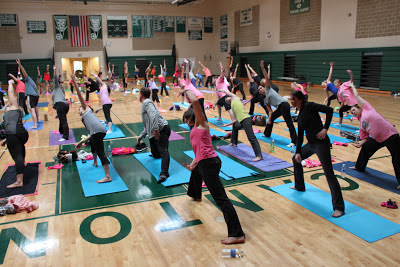 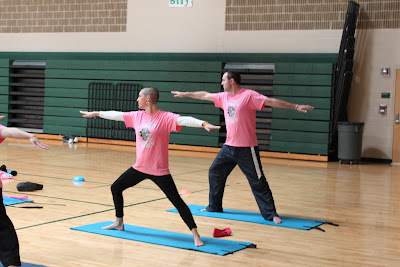 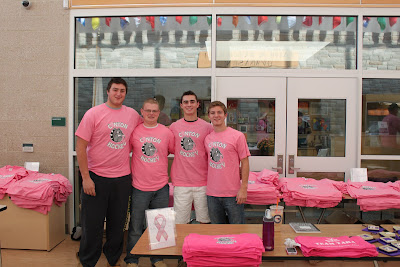