Two weeks ago tomorrow, Brian gave me a shot in the stomach of a drug called Neulasta. From what the doctors explained to me, I understand that Neulasta makes my body produce lots of white blood cells so that while the chemo drugs work on killing rapidly producing cells -- like cancer cells, hair cells, and white blood cells -- they aren't able to kill all of the cells that I need to fight off infections. My white blood cell counts are their lowest seven to 14 days after the chemo infusion. Tomorrow is day 15.

I have been especially nervous the last seven days because I really don't want to be in the hospital over Christmas. It would stink to be waiting to hear my absolute neutrophil count while everyone else is waiting for the Christmas turkey to be served. Yes, there would likely be great sales in the gift shop, but still, it wouldn't be worth it.

So, I have used more hand-sanitizer in the last week than I have used in my whole life. I've opened doors with my feet and I've even scrubbed my cell phone with wet wipes. Brian's had a cold so he's insisted on sleeping in the empty twin bed next to Annabel's crib so he doesn't get me sick. That's yet another example of cancer flipping life on its head -- before cancer, when he went to sleep in another room or on the living room couch, it was because of a fight, not because he was trying to save my Christmas. Anyways, whether it was the $3,000 Neulasta, the $3.00 Purell, or the avoidance of my husband at bedtime, I'm happy to have come out of the white blood cell dip safe and sound (knock on wood).

Typically I don't finish my Christmas shopping until around December 23 and I usually do the bulk of my wrapping on Christmas Eve. This year, I have my neutropenic tendencies to thank for my early Christmas preparations. I knew how frustrated I would be to be stuck in the hospital for days without all of my Christmas gifts purchased and wrapped, so I had everything done last week. Now that I appear to have successfully avoided a hospitalization, I'm ready early and I'm loving it.

What, then, have I been doing to stay occupied while trying to avoid germy public places? I've cleaned, of course. I'm not ashamed to admit it -- I was a mad woman today and went on a complete cleaning rampage in our basement, despite that I had other things I should have been doing (like those holiday/thank you cards that I am still yet to finish). Yep, today I purged our house like never before, filling my car from top to bottom with donations to the Salvation Army.

I get my love of cleaning my basement from my Mom and she got it from her father, my Grandpa. OK, perhaps my Mom and my Grandpa are different than me because they may have cleaned for the love of the outcome rather than the love of the process. I, on the other hand, am the freakish kind who shamelessly loves the process itself.

That love is partly why on Wednesday I volunteered to spend the bulk of the day in my Mom and Dad's basement. Last week, Sean, Lauren, and I were brainstorming Christmas gifts for my Mom when we realized that what she'd like most would be for us to help her clean her basement (it was kind of a wreck due to house projects having pushed lots of stuff down there). So for five straight hours, the three of us scurried around in our sweats to the tunes of a Pandora Christmas station. We Fantastic-ed spiders off shelves and emptied boxes full of such random things as Pez dispensers and stamps that my Grandma cut off of envelopes. My Mom and I were the chief executive organizers while Sean was the muscle. He carted boxes from one place to another, lugged trash upstairs, and moved heavy furniture. At noon, we all enjoyed our favorite cleaning-the-basement lunch -- Papa Gino's, delivered. A few hours later, we had moved that basement from an "F" to a "B". A few more hours of work, and we'll attain the "A" that has been elusive for a few years now.

Apparently I was on a roll because despite that I never intended to do the same thing at my house, today I found myself making piles and labeling things in my own basement. When I was younger, I was so embarrassed about my neat-freakish ways, but not anymore. I remember in middle school when I was most insecure about myself, I was jealous of other kids who had messy lockers and torn book covers; I thought they were so cool. Then there was me. At home, I had my pens and pencils facing the same direction and organized into separate containers. My books stood in flush lines on my shelves. But at school, I pretended like I was messy. I crumpled up blank pieces of paper so my locker would look like other kids' lockers. I hated those pieces of paper and I desperately wanted to keep my books stacked in some methodical way. Ah, the pains of my suburban middle school years.

Now, I'm shameless and blatant about my nerdy neat ways. For instance, I label everything, and living things aren't even safe if I have my labeler in hand. 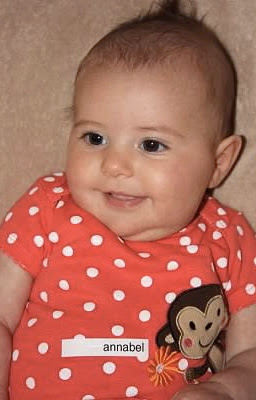 Today, I realized how pathetic I must have looked singing to myself in my sweatpants and labeling every box in my basement. But I didn't care. Those middle school days are long, long gone.

Not to be dark or anything, but cleaning up today also made me think about how I never want to burden my family with lots of junk that I will one day leave behind. That's another reason why I love this blog. Because it fits nicely in the binders that my friend Lynne so graciously makes for me. And Lynne knows me well because those binders are labeled, too.

I think in another life I was (or will be) a professional organizer. Seriously, I would love to help people organize their stuff. Without even watching the home makeover shows on HGTV or TLC, I know just the piles I would help them make, the containers I would encourage them to buy, and the feeling they would have when all of their stuff was perfectly in place. In fact, in one of my dark Ropes days, I even checked out the availability of www.thejunkdrawer.com for a side business I thought I could start. It was taken. Plus, I'd probably have to clean about 1,000 junk drawers to pay one week's worth of my kids' pre-school so best that I not quit my day job.

I have cleaned and organized more in the last few months than I have in the last few years. A psychiatrist could probably give me a good reason for that -- perhaps something about needing control!?! True, when I feel like I've lost control of something in my life, cleaning helps me feel like I'm gaining back some power. Maybe that makes me crazy. But even if I am, I've got a really clean basement to show for it.
Posted by Tara at 1:16 AM