When Annabel sees me for the first time in the morning, she gets so excited that she jumps up and down before she hugs me and kisses me and tells me she loves me. I feel the same way, and given our giddiness, an outsider would probably think that we hadn't seen each other in months, when, in fact, I tucked her in just about ten hours before.

Teddy, on the other hand, is a different story. Teddy groans his way out of his room in the morning and asks, "Where's Daddy?" as if I am worth something to him only if I know that answer.

"He's at school, buddy, just like every morning," I explain, disappointed that he can't muster up any love for me. Teddy's next question, at least, in the past few months, is either, "Can I go to his practice wif him today?" or, "Can I ride the bus wif him to his game?"

Obviously the first thing on Teddy's mind when he wakes up in the morning is his daddy's high school hockey team. Every now and then, it hurts a bit that I am a distant second to those kids, but even then, and all of the other time, I love how much Teddy adores those boys, even if (just for fun) they nicknamed him "Ted-Farts." Gotta love high school boys.

During hockey season, I see Teddy less than usual because he's always with Brian at a rink. Teddy goes to practices, film sessions, scouting trips, team dinners, and, of course, games, and when those are done, he wants more. Annabel and I tag along as much as we can, but Teddy is Brian's loyal sidekick and Brian, Teddy's.

When the state tournament rolls around at the end of the high school hockey season, Brian gets particularly busy, which means I see Teddy even less. These last few weeks, it bothered me that I was so distant from my 6 year old, so at Brian's urging, this past weekend I did something I don't normally do -- I made Teddy hang out with me even though he didn't want to. Kind of pathetic, I know.

On Saturday, I forced my son to come to lunch with me while Annabel napped at home with Brian. He didn't talk to me much on the way there, as he was mad at me for not letting him stay home and play knee hockey. But I stood my ground and insisted that he spend time with his mother. As he kicked the back of my chair in protest, I was convinced I had made a huge mistake. Maybe we just can't be close during hockey, I thought. But on the way home, I changed my mind.

On the ride back, Teddy started talking to me. Of course, the topic started with hockey, and we gabbed for a while about Brian's team and Teddy's team and all of the excitement that we felt about both. Then Teddy turned the conversation to the t-shirts that I have been driving around town the last few weeks. They are shirts that we have been selling through the hockey program for fans to wear to the tournament games. The proceeds all go to Kristin and her family, and the t-shirts read, "Fight Like a Bulldog."

Saturday afternoon, Teddy asked me why we are selling t-shirts for Kristin. I explained it's because she is going through a hard time and we want to help her.

"What happened to ha?" he asked, looking at me in the rearview mirror, with an expression so full of concern that I felt like whatever I said next would be etched in his brain forever.

"Her breast cancer came back, buddy," I explained, completely unsure if that was the right thing to do.

"Oh," he responded quietly. He paused. "When will she be better?"

"Well, she has to get all of that medicine again so it's not easy for her or for Coach Corey so that's why we want to sell these shirts to get them some extra money."

He was quiet. Thinking. I wondered if the conversation was over. I waited.

"But how will the money make her better?" Once again, I was reminded where the term "heartache" comes from. Because my heart really did ache at that moment. I gulped down the rock in my throat.

In front of a Canton crowd that had literally overflowed from the stands, Brian's team put up a valiant effort in the state tournament last night. They fought down to the last second, and almost tied the game up with seconds to play. But the puck didn't bounce in the Bulldogs' favor, and a talented and hard working team from Medfield eliminated them from the state tournament just one game away from playing for the state title.

I drove Teddy and Annabel back from Bourne with the South Finalist trophy seated between them. Despite the disappointment I shared with all Canton fans, it was a precious 50 minutes, and I was so glad that Brian and I had stood our ground and refused to let Teddy ride the bus with the team on the way home. Instead, he was stuck with me, his mother, the one who barely knows a thing about hockey (at least, in his mind).

That trip home was so surprisingly wonderful because I watched Annabel crack Teddy's anger and his sadness and make him laugh, something nobody but her could do. She told him silly stories that she invented and she repeated her favorite line from Frozen until Teddy gave in and let out a real laugh. (The line is when Olaf the snowman's bottom half is being flung into a snow pile and he yells, "Watch out for my butt!") Once Teddy was laughing at Annabel and, amazingly, enjoying both of our company, he started to ask his Teddy-Questions.

In the end, I learned from his questions that Teddy didn't care about the actual loss, despite that I really thought he would have. He didn't mention anything about not being able to go to the Garden next weekend, despite that he had drawn all sorts of signs about it. All he cared about was one thing -- "Will I still get to see Daddy's play-os?" I assured him that he would; not as much, of course, but he'd still see them. He smiled and nodded.

We continued to talk and play our music and at one point, Teddy told me about something that Brian apparently always tells his players. "They should be good play-os, but more impo-tantly, they should be good people." Teddy had it etched in his brain. I was so proud.

I love sports, but I'm weary of making analogies between life and sport (to the extent they are separate). Some analogies work, some don't at all, and I often worry that comparing something I see in a game to something I'd see at Dana-Farber, for instance, is flat out ridiculous. I will, nevertheless, say this.

Last night, with just about 20 seconds left to play, Canton scored their second hard-fought goal to make it 3-2. In the last seconds of the game, the Bulldogs fought hard in front of Medfield's net and down to the very last tick on the clock, a town stood at the edge of its seat to see if its team could pull off something incredible. When they lost, I'm sure there were some people who thought they hadn't been able to do it; that nothing awesome had happened for Canton that day. But I disagree, and I'm guessing that those who know this team or these coaches would, too.

It's not very often that you watch a group of young kids believe, down to the very last second of the game, that they still have a shot; that they still could win. Let's be honest, few adults can muster up that sort of energy and grit. But last night, when the buzzer sounded and the loss was cemented, I had this awesome feeling of being inspired by what I saw in between taking Annabel to the vending machines and the bathroom in the last minutes of that game. I've never felt that feeling before at any game, despite a lifetime of watching sports. Last night, as Canton gracefully accepted the runner-up trophy, I was inspired by a bunch of high school boys who call my son Ted-Farts and a coaching staff that cares first and foremost about being good people. That team showed a small town that even when you're just expected to "rebuild" you can build. That when you're down, you can still fight. And that when the odds are stacked against you, you can still believe. 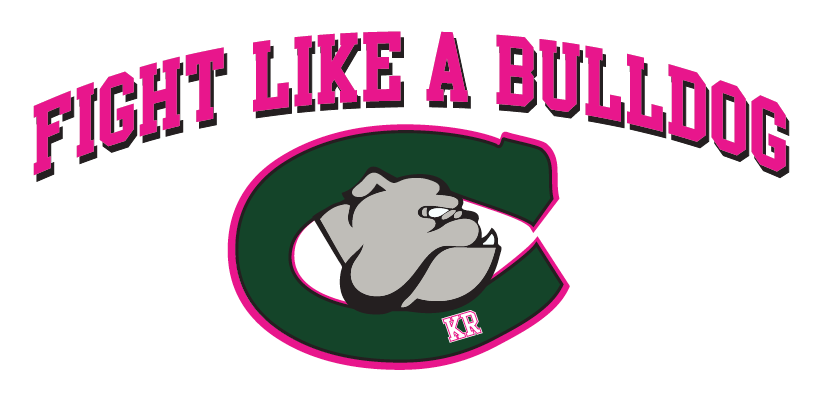